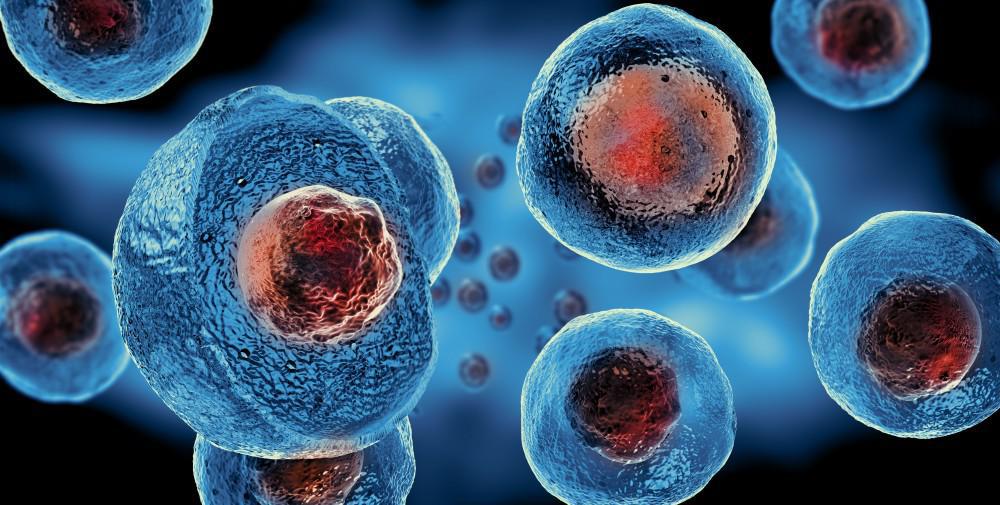 A few years ago, I wrote a column for the local paper Atención on stem cell tourism in Mexico and touched upon the health risks associated with products and procedures described at that time by a noted medical ethicist, Maria de Arelleno (endnote 1) as a dangerously under regulated industry relying largely on various complex processing of blood-based products.  I was reminded of it when I came across a far more recent, detailed, and excellent review (endnote 2) of “regenerative medicine” in Mexico of which stem cell treatments remain the lucrative back bone.  The study takes a close look at the astounding proliferation of this industry in Mexico’s tourist meccas including San Miguel de Allende. Its vastly unregulated growth is nothing short of alarming given the pandemic’s toll on an already weak medical regulatory system. From the recent report: The messages and claims for efficacy are vague or overstated. Indeed, the report describes regenerative medicine as an Internet-based industry where-in patients receive unproven stem cell interventions. The authors are world renowned researchers and many are Mexican.(endnote 3)  The review further notes that Human blood products (are) sold in a nontransparent market, with no compelling reason to provide rigorous (albeit costly) oversight.

At the time I wrote the first article in 2016, there were few or perhaps only one clinician offering such “therapy” in SMA. I accompanied an elderly client to her appointment with him to discuss stem cell treatment for her chronic joint pain and increasing fatigue. She had little money and a lot of hope that stem cells might offer her some relief. The physician was effusive in his promotion of what he said were “stem cells from Germany”. The price was astonishing especially as I knew she was on a fixed income. I even seldom charged her for my time.

The physician claimed he could help the bald grow hair, the lame to walk, and the memory impaired to regain normal function among many other treatments for the diseases associated with aging. In fact, he said he had successfully and repeatedly treated his own family for these very problems. He avoided my gaze, declined to give me any information about the cell products and had no published data to show from anyone much less himself. He did give me a fleeting glimpse of him presenting at some U.S. based conference on who knows what.

My client decided to undergo the treatment and within 12 hours of multiple injections of something became very ill with a high fever and crippling joint pain that lasted for weeks. She was not unhappy with the result, as she claimed. The physician reassured her that she was “burning out” whatever disease she went to him to cure. I, of course, regretted any involvement with the event, as I feared it lent credibility to his treatment …a treatment that may well turned out to be potentially fatal.
Terms Associated with most Common Regenerative Modalities

Before diving into the commonly used terms for the new modalities associated with regenerative medicine, I feel compelled to make very clear that nearly the entire discourse surrounding treatment remains hypothetical, despite the astounding potential for “game changing” breakthroughs in modern therapeutics.

Any well informed and ethical observer of the field is compelled to face the very real concerns surrounding the proliferation of regenerative medicine in a climate of ever declining capacity for regulation, astronomical pricing and the growth of a wealthy subpopulation, able to travel to areas catering to their medical needs at the expense of basic primary care services for the average citizens. This is certainly the situation we are observing in Mexico and the United States.

Defining and common terms used in the field of Regenerative medicine

Regenerative medicine is a term applied to highly promising advances in medicine over approximately three decades whose potential has been seen by many as a tool in the future of modern medicine. (endnote 4)

Stem cells are blood cells that have the unique potential to become nearly any type of blood cell. The vast majority of blood cells, unlike stem cells have differing functions in each organ of the body. Stem cells are unique in that they can be acted upon in complex processes within (in vivo) or outside (in vitro) of the body, allowing them to regenerate often through complex manipulation.

Baughter cells have capacity to form a version of the progenitor stem cell. They can also be “processed” to become nearly any other type of cell. Stem cells are derived from fetal or embryonic tissue from donors or are “autologous” meaning the patient’s own “stem cells” are processed and injected into whatever body part is deemed to be in need of “rejuvenation”.

Embryonic stem cells are pluripotent cells from embryos that are three to five days old. At this stage, an embryo is called a blastocyst and has about 150 cells.

Adult stem cells. These stem cells are found in small numbers in most adult tissues, such as bone marrow or fat. Compared with embryonic stem cells, adult stem cells have a more limited ability to give rise to various cells of the body.

This new reprogramming technique may allow researchers to use reprogrammed cells instead of embryonic stem cells and prevent immune system rejection of the new stem cells. However, scientists don’t yet know whether using altered adult cells will cause adverse effects in humans.

Researchers have been able to take regular connective tissue cells and reprogram them to become functional heart cells. In studies, animals with heart failure that were injected with new heart cells experienced improved heart function and survival time.

Perinatal stem cells. Researchers have discovered stem cells in amniotic fluid as well as umbilical cord blood. Amniotic fluid fills the sac that surrounds and protects a developing fetus in the uterus. These stem cells also have the ability to change into specialized cells.

The types of illnesses stem cell therapy has the potential to impact include the most common degenerative neurological diseases and injuries. From Parkinson’s, spinal cord injuries, ALS, to multiple sclerosis to potential advances in advanced eye repair. There is also hope that common cardiac and lung diseases might be fertile ground for regeneration technology and thus obviate radical surgeries after the damage has been done. Both autologous and exogenous stem cells are already widely used in oncology and show great potential to move the treatment environment away from the highly toxic radiation and chemotherapy modalities currently the standard of care for most cancers. Astounding potential indeed!

The Inability to Adequately regulate a Risky Medical Industry

However, apart from oncology and some spheres of ophthalmology, safe practice is not the norm. Reliably reproducible results bolstered by good research and regulation are far too slow to emerge from the current framework surrounding regenerative modalities. They are still largely hypothetical and success is poorly and subjectively defined. Scientific and clinical applications are severely clouded by controversy related to a singular lack of regulation, oversight, and unscrupulous promotion.(endnote 5)

Medical interventions with this much potential (and risk) have seldom had to contend with aggressive and unregulated promotion directly targeting patients. Often these patients are emotionally and financially drained by ineffective mainstream therapies. In the U.S. at least, a persistent crisis in affordable health care hampers all long-term expensive treatments, such as those characterized by regenerative medicine.

The risks associated with regenerative medicine and stem cell treatments include and are certainly not restricted to delayed cancers, potentially fatal reactions to inappropriately treated biological products, unanticipated problems with treatment site reactions, and more. Most critical is the near uniform lack of short or long term oversight or transparency, obscuring the risks associated with treatment.  This relatively new science has shockingly little information affording the patient or observer an informed choice based on accurate risk and clear explanations of what is reasonable to expect as an outcome of treatment.

The use of human blood products has a long history of controversy.  I do not have the space to do the question full justice, but will focus on aspects most troubling to those concerned with the use of fetal blood cells taken from newly delivered placentas and other products of conception. Here in SMA, at least one physician caring for pregnant women recruited donations of fetal cells from her own clients. Many potential ethical issues are raised as new mothers sell products of conception to offset the expenses of childbirth.

Regenerative Therapies in the most recent Mexican Context

In the aggressive private sector that makes up the largest percentage of regeneration treatment sites, there is little access to data such as protocols for storage or sourcing and application of active biological products. Blood products have the capacity to quickly degrade, get mislabeled, cause infections or tumors, and ultimately to get misused.

In Mexico there is a conspicuous lack of association with regulatory agencies or reputable research institutions and very little short or long-term patient follow up. The claims for efficacy are vague or overstated.

As the recent review reports, (endnote 6) the plethora of companies targeting English speaking patients interested in “regenerative therapies” through aggressive web marketing are seldom evaluated by the pandemic beleaguered Mexican regulatory agency COFEPRIS. (endnote 7) In a medical environment with little interest in punishing medical malpractice, with a huge budgetary deficit and limited regulatory staff and a long-standing reputation for inefficiency, COFEPRIS is ill equipped to effectively serve as a watch dog over medical practice in Mexico.  We are far from matching the lofty expectations and often false promises of regenerative medicine here in Mexico.

Since the pandemic and massive health reform processes initiated by the present administration, COFEPRIS is even less capable of overseeing the practice of medicine in Mexico than it was a few years ago.

According to María de Jesús Medina Arellano, an ethicist and attorney from Universidad Autonoma de Nayarit COFEPRIS is not close to establishing standards or guidelines to implement and enforce safe practice when evaluating, authorizing, and monitoring research and therapeutic activities involving human tissues and cells. (endnote 8)

The medical tourism industry, especially in the use of “stem cells,” is exploding as a lucrative sideline for physicians in Mexico, which is a popular destination for foreign patients seeking stem cell treatments. The main consumers of services have been Americans and Canadians who travel to Mexico to obtain treatments that are either unavailable or more expensive in their home countries.

Mexican citizens have a constitutional right to universal access to health care, Arellano notes. Based on that right, the General Health Law governs biomedical research and thus is the designated body to oversee the clinical use of experimental stem cell treatments. The General Health Law prohibits false advertising of treatments or clinical interventions that are not supported by scientific evidence and at least five official Mexican standards prohibit and regulate the advertising of medical products and services, Arellano said. However, the regulations have little effective oversight, and COFEPRIS reportedly lacks financial and human resources to even attempt a reasonable degree of oversight of this industry. In short in March 2022, the unregulated ballooning regenerative medicine field here in Mexico is far from being able to offer reliably safe, affordable new therapies to the increasing numbers of international medical tourists.

For now? Practice great caution, because if something looks too good to be true… it probably is.